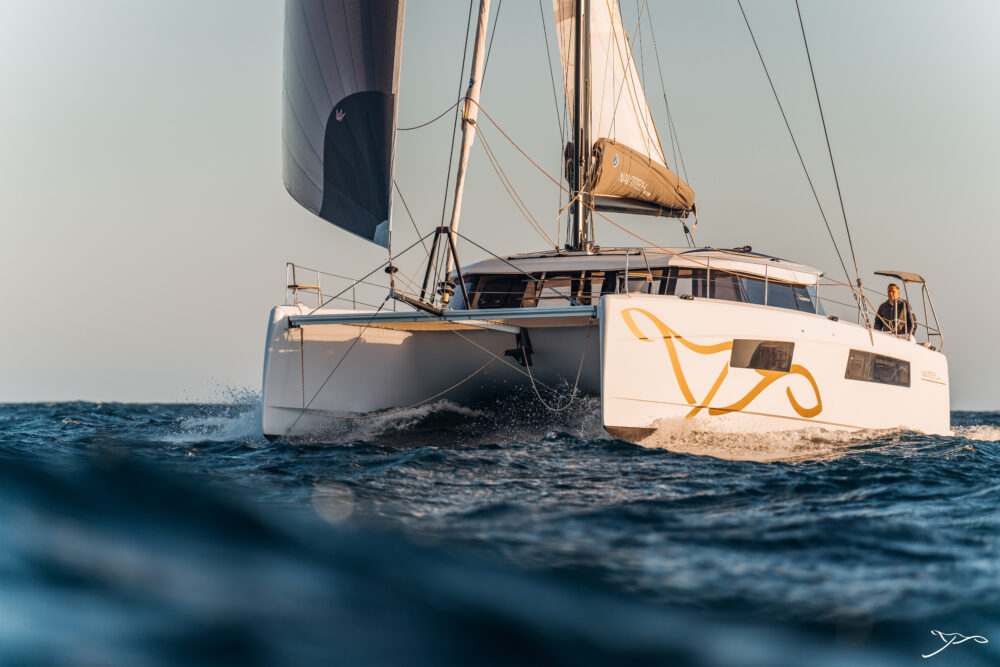 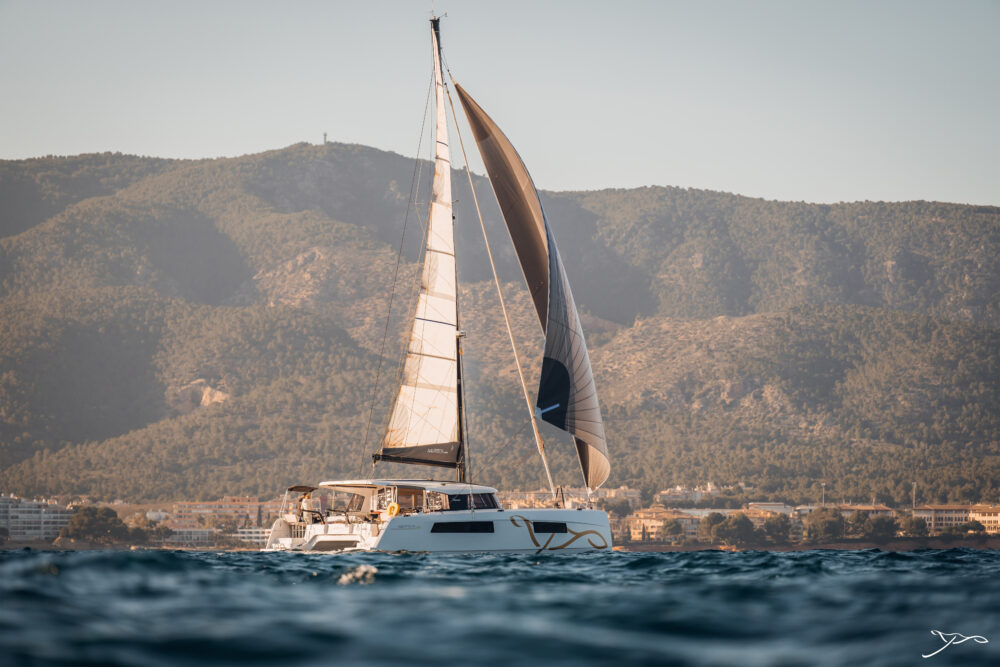 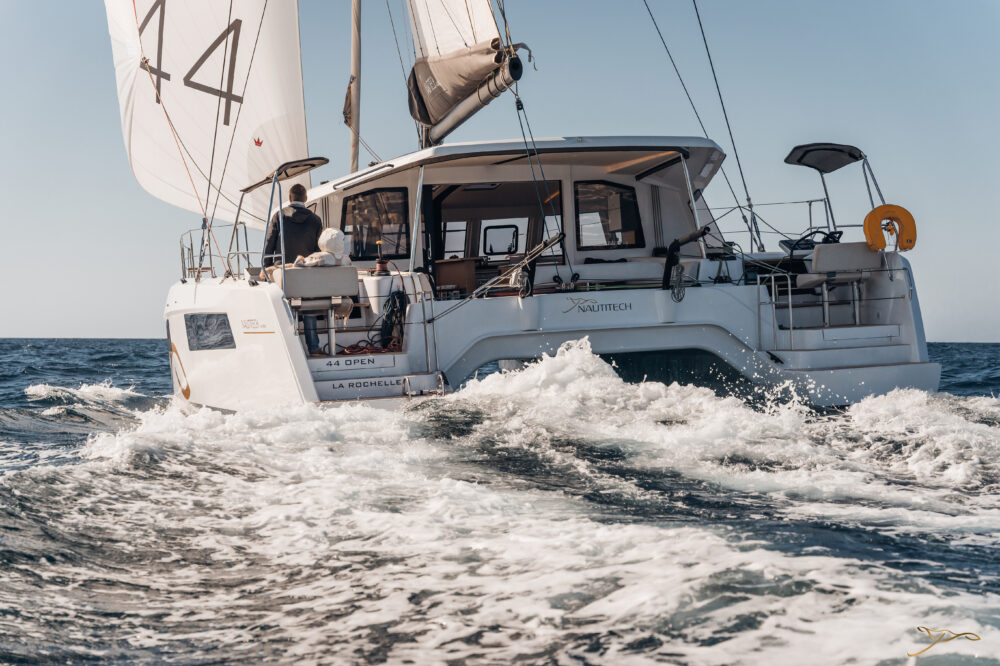 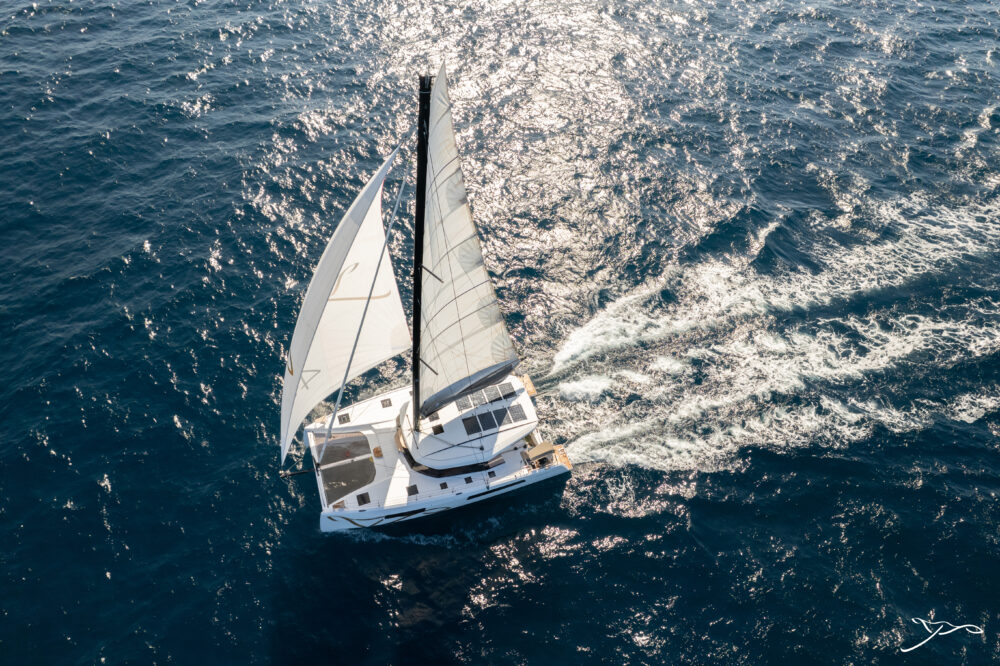 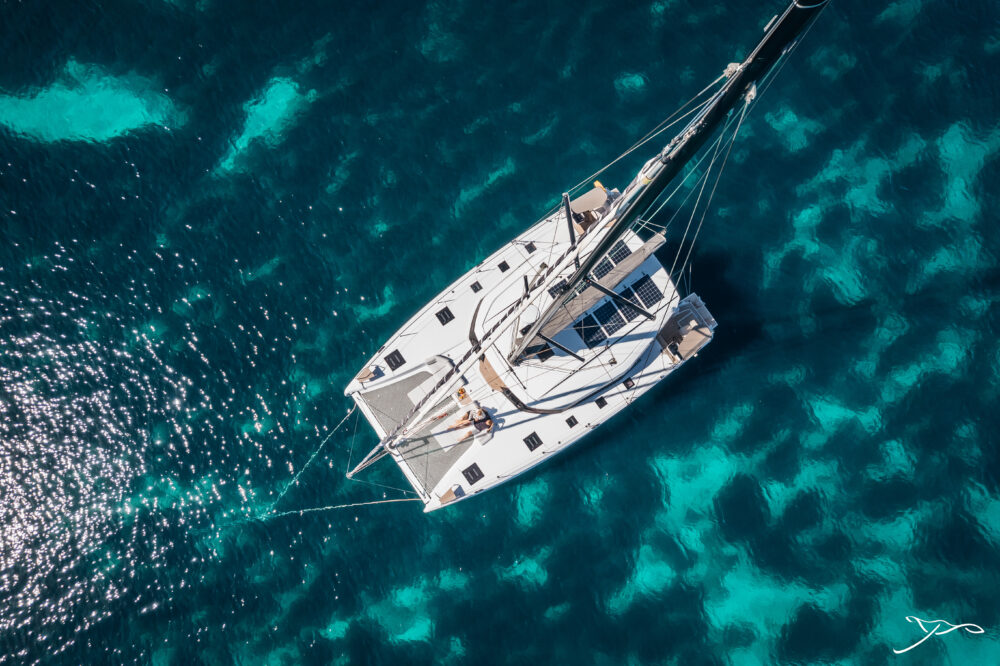 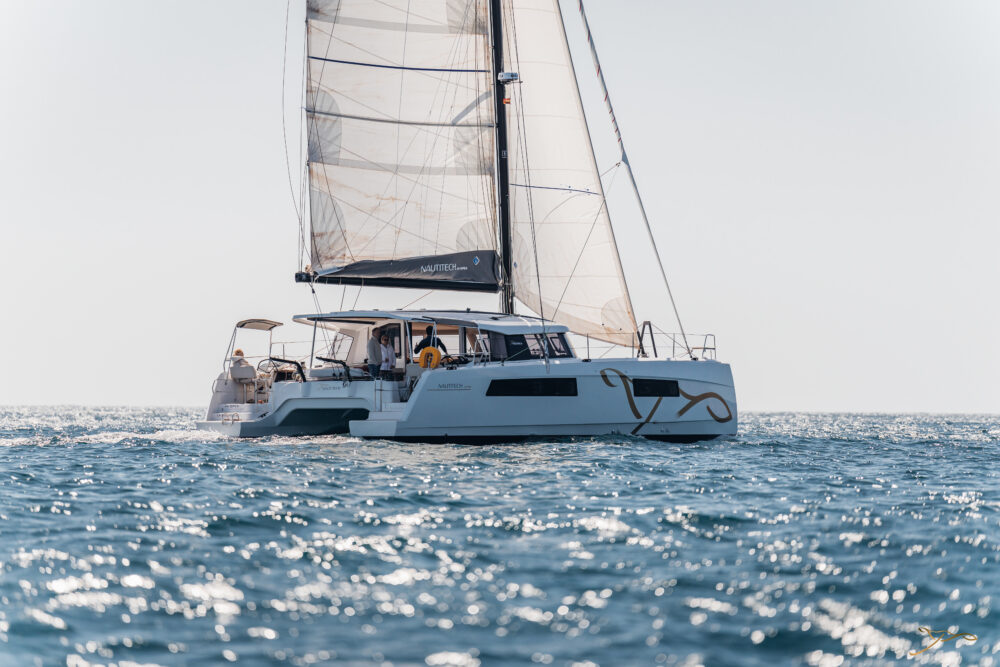 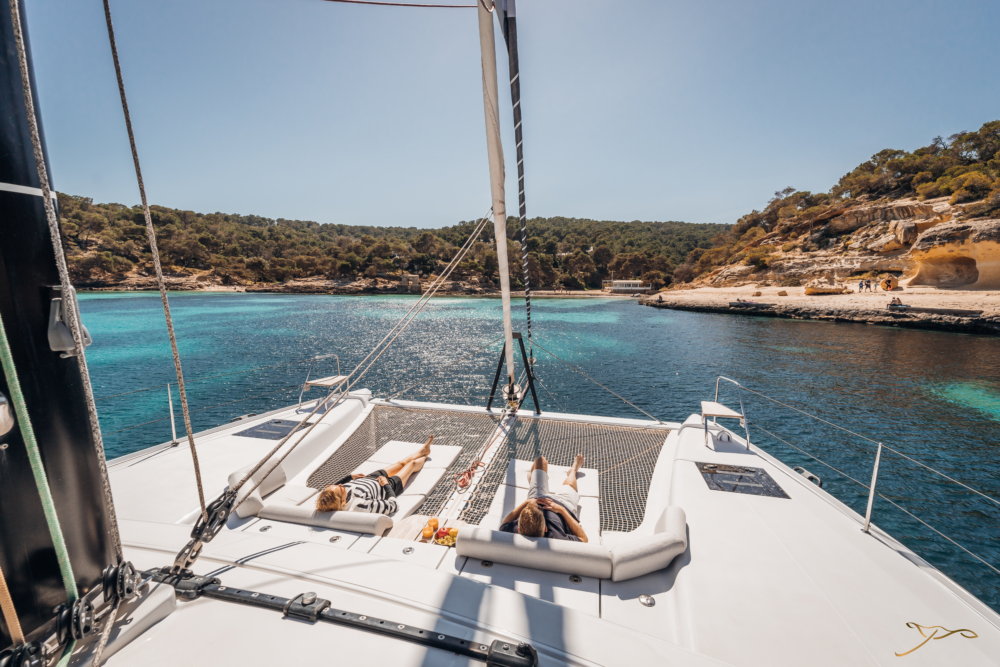 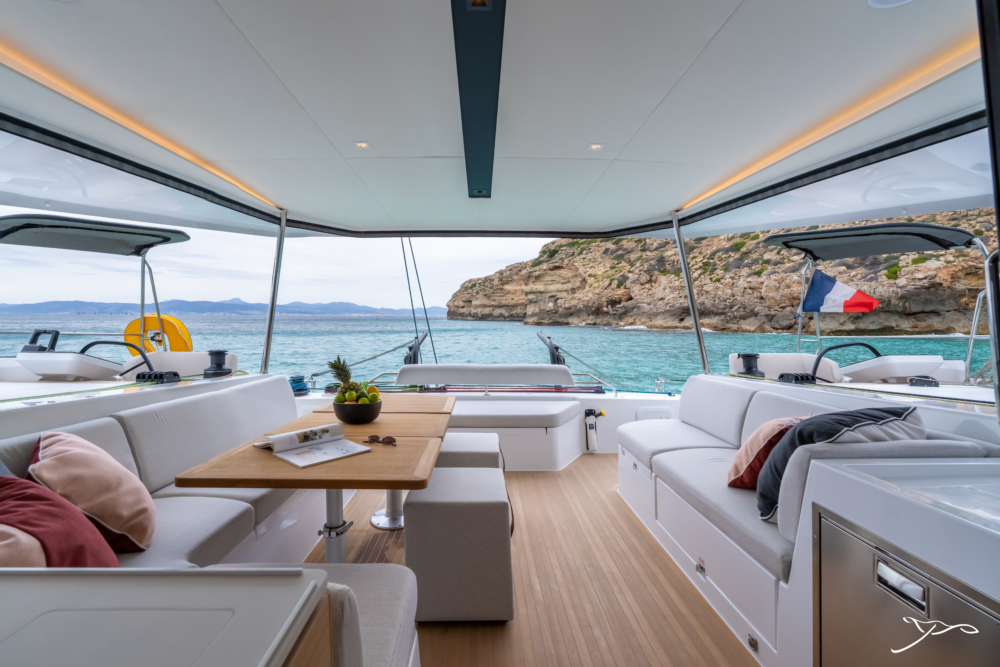 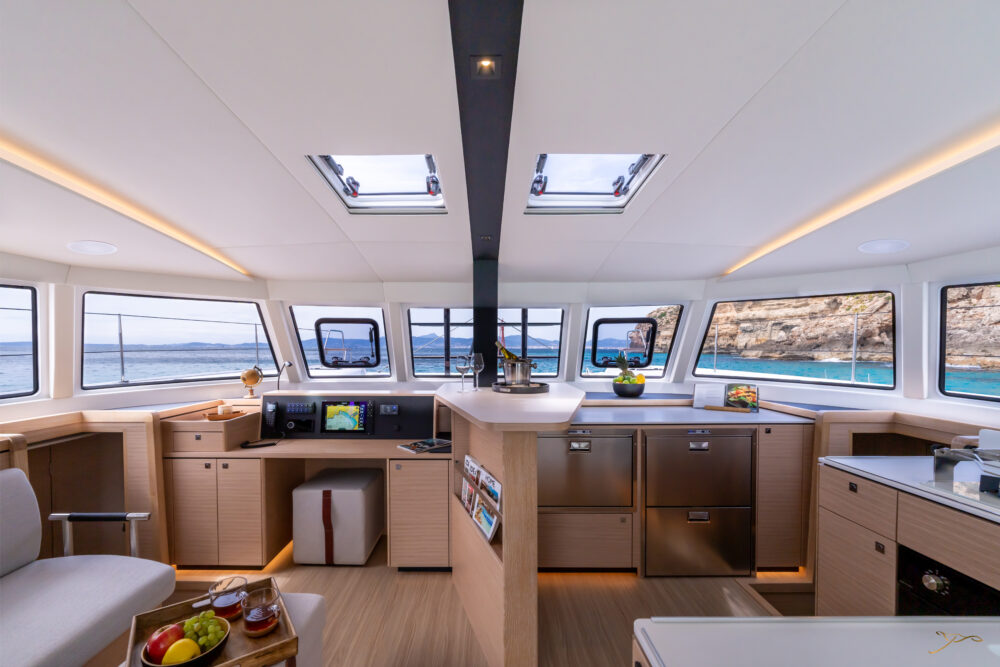 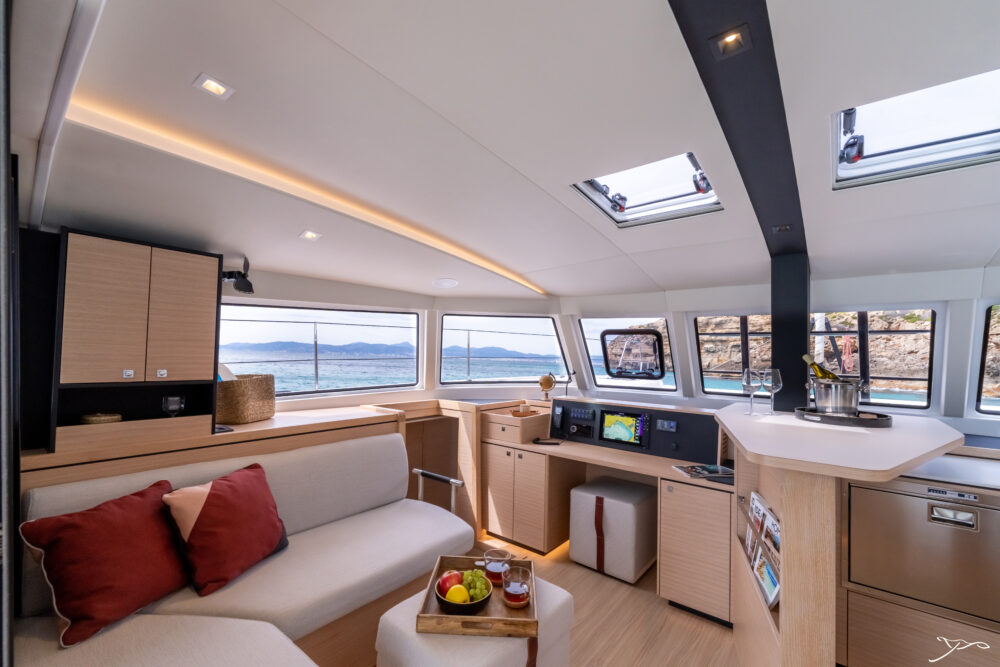 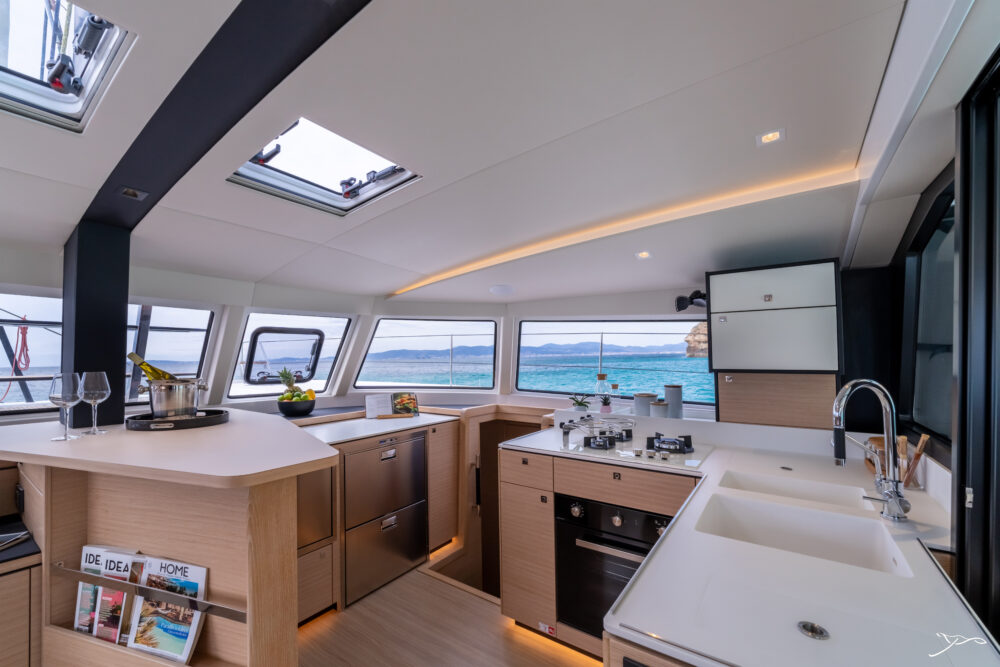 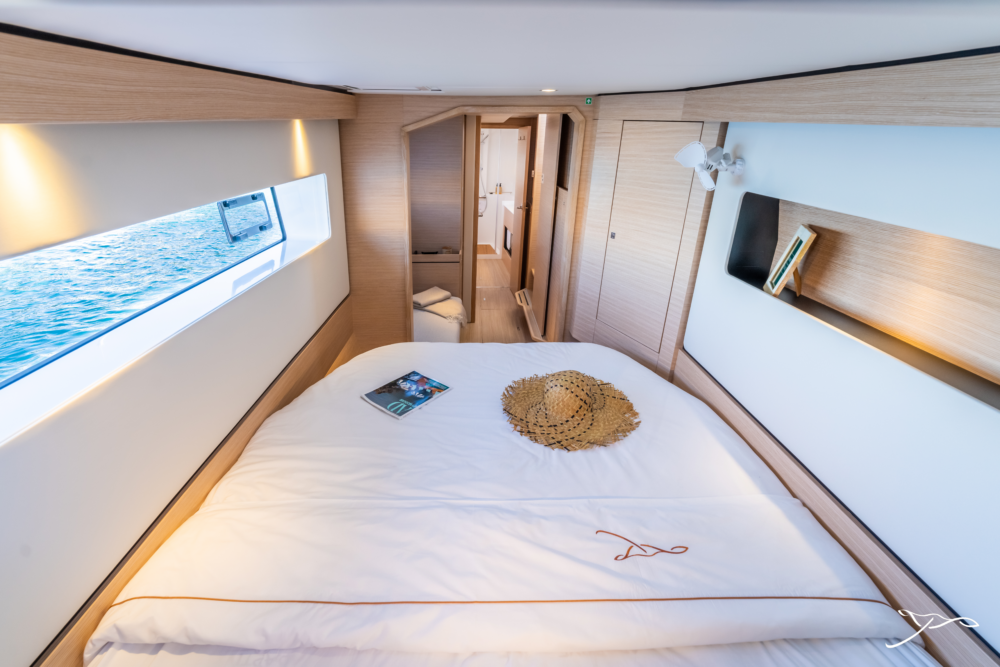 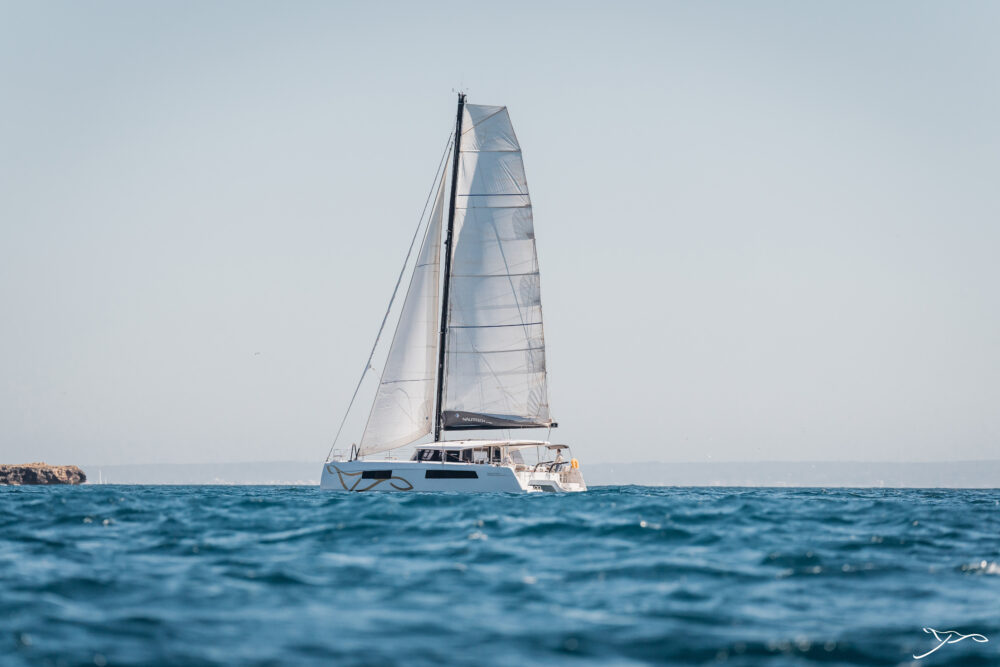 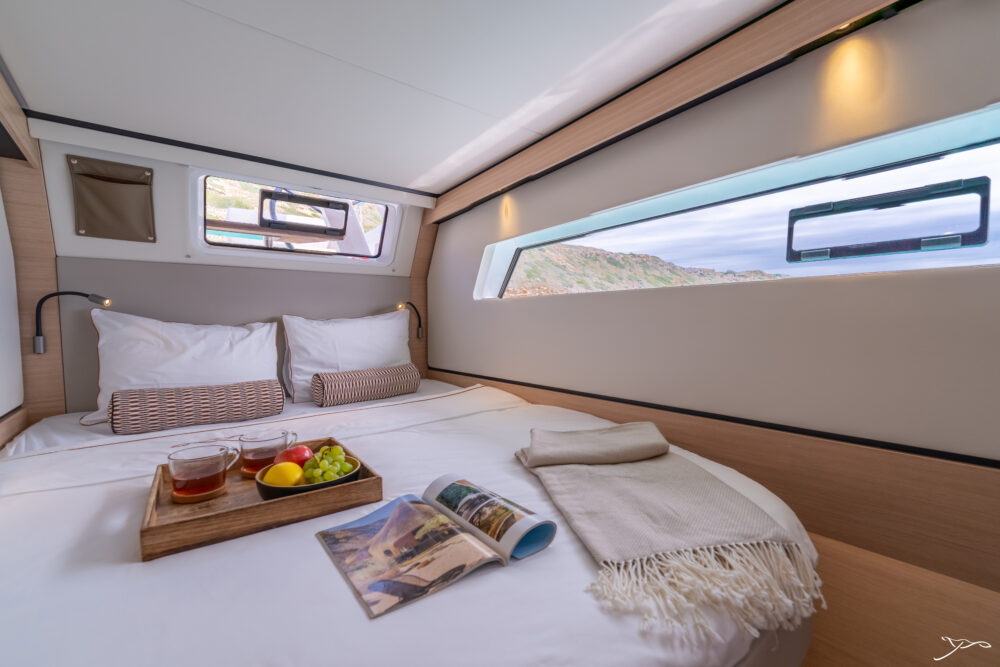 The new NAUTITECH 44 Open design is the natural evolution of the Nautitech line, with an open space utilisation concept that redefines the standard for blue water cruising catamarans.

The Nautitech 44 Open features a revolutionary interior layout, optimised rigging for even more sailing performance and an appealing design in the ocean cruiser catamaran segment.

Clearly defined, Mark Lombard has also continued the significant and appealing NAUTITECH line in this design, respecting the brand’s DNA in all points. Improvements that are oriented towards the needs of the owners are inspired by the valuable feedback of the well-connected NAUTITECH owner group, who have a relevant influence on the development and continuous improvement of NAUTITECH Catamarans.

The owner’s version offers three double cabins, two toilets centrally located in the hulls and a large bathroom with separate shower in the port hull.

With the My Smartroom® variant, the three-cabin version offers three double cabins, two bathrooms centrally located in the hulls and a multi-purpose room in the forward starboard hull.

Do you have questions or would like more information about the Nautitech 40 Open?

is updated daily. For more information, please contact us.

And if your desire yacht is not listed, we will find it elsewhere.