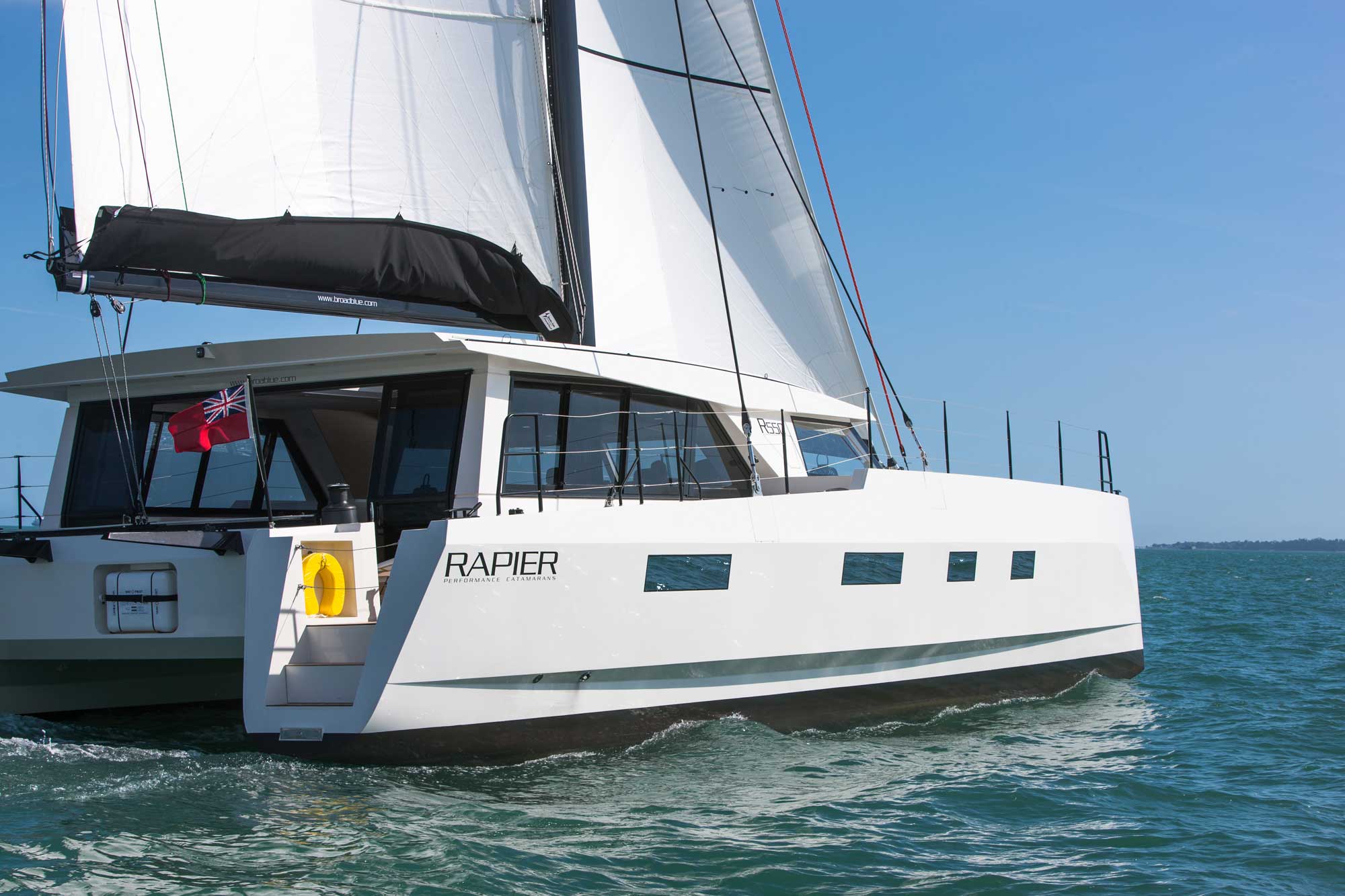 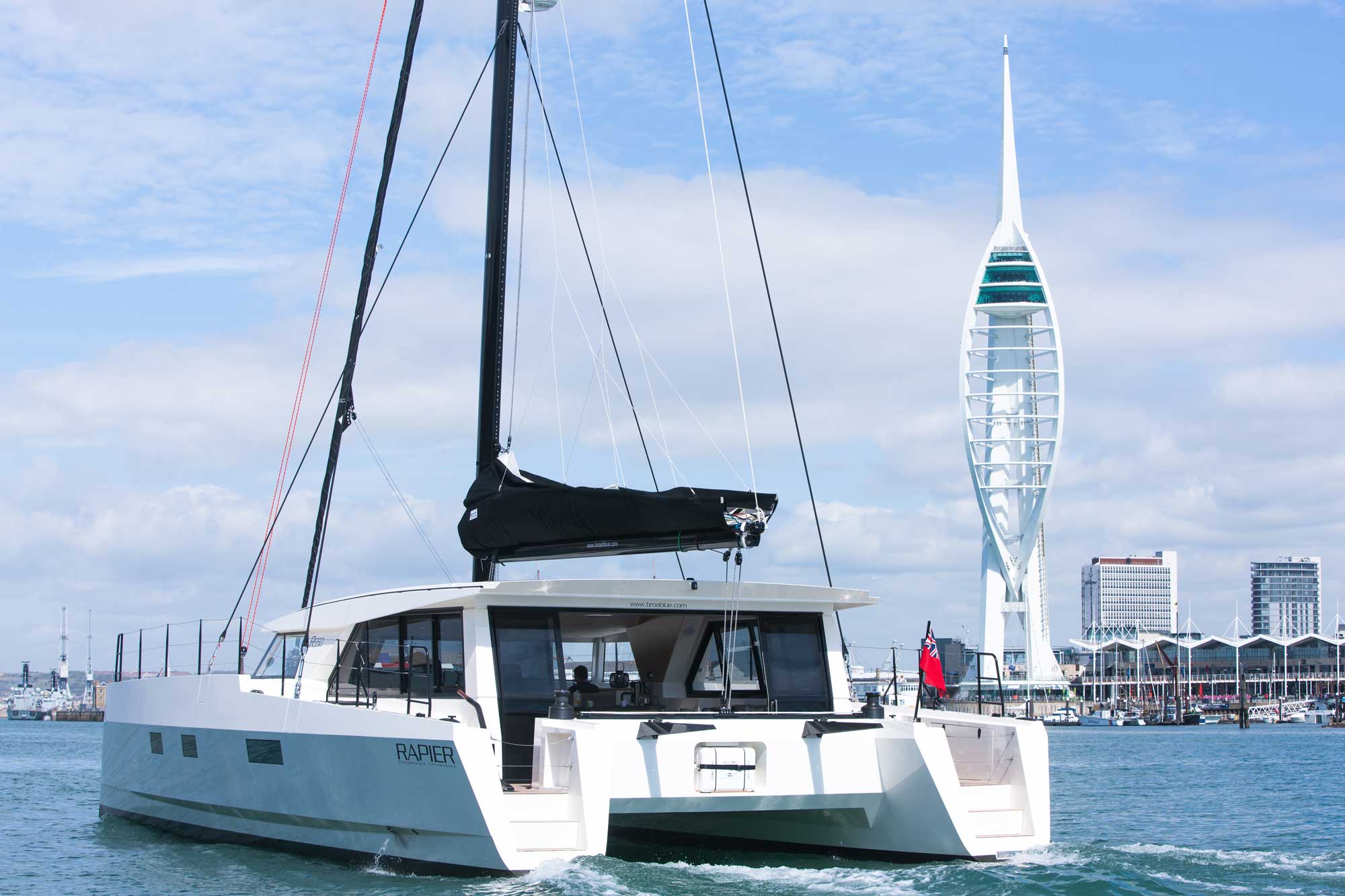 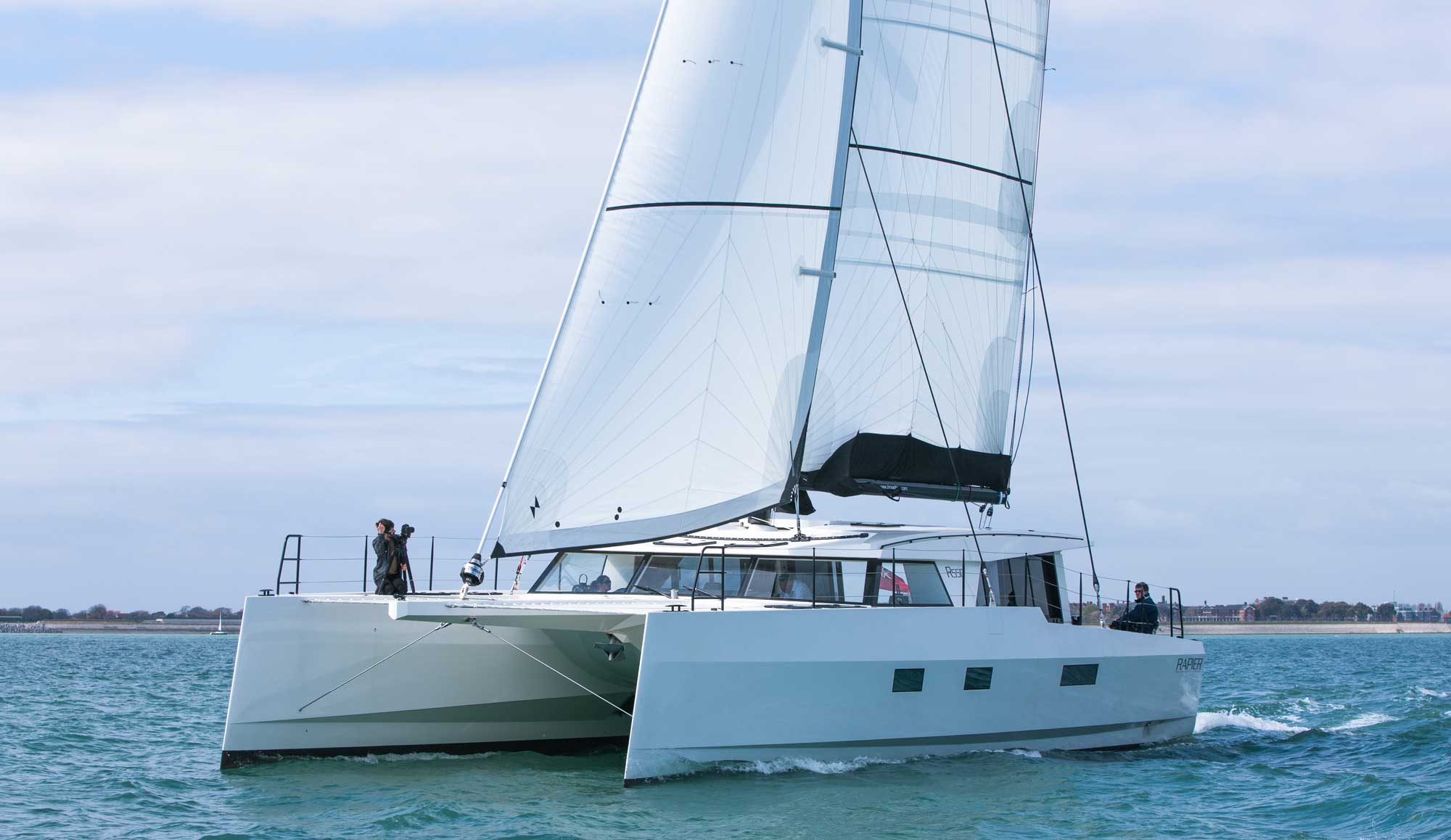 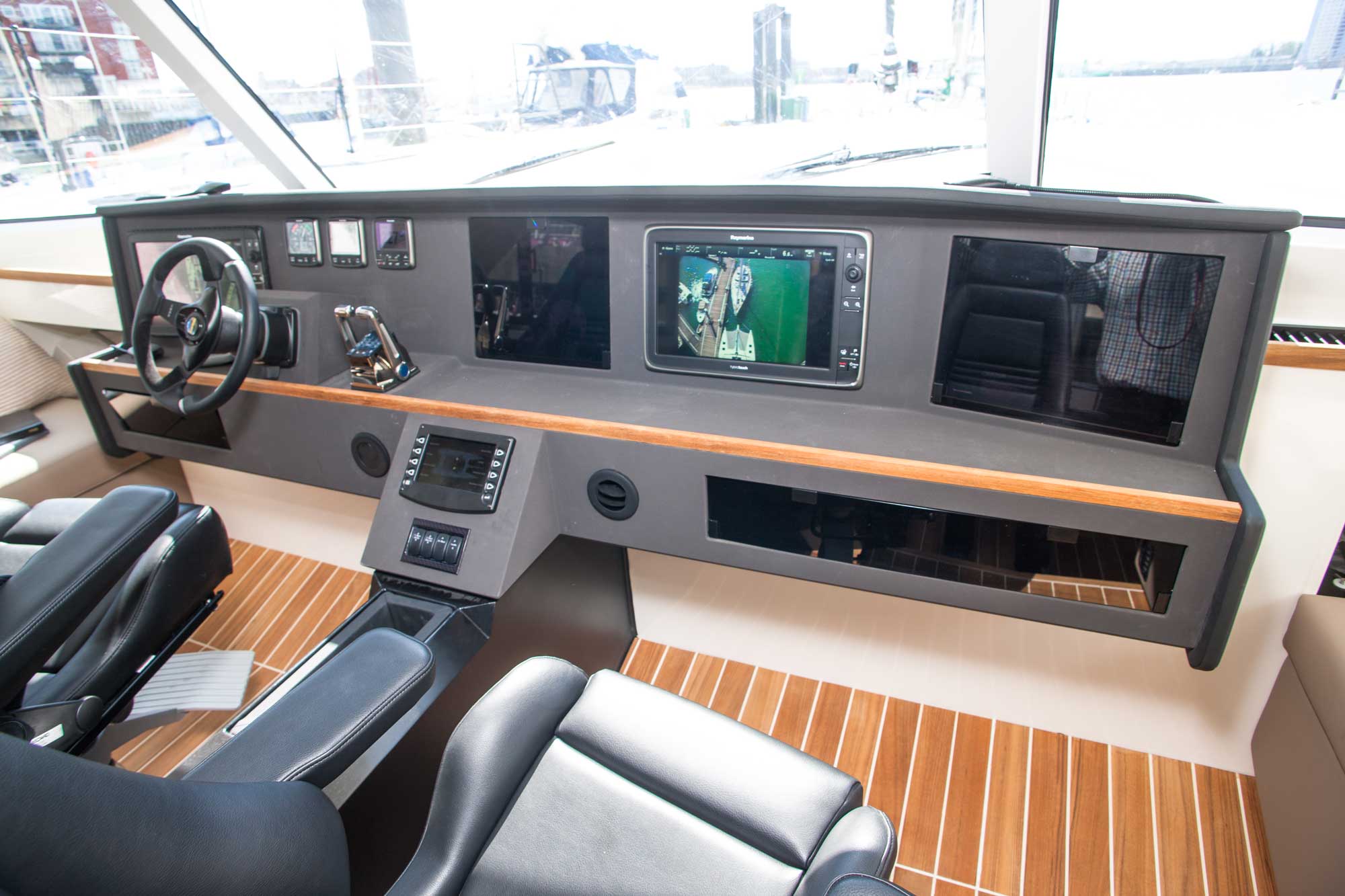 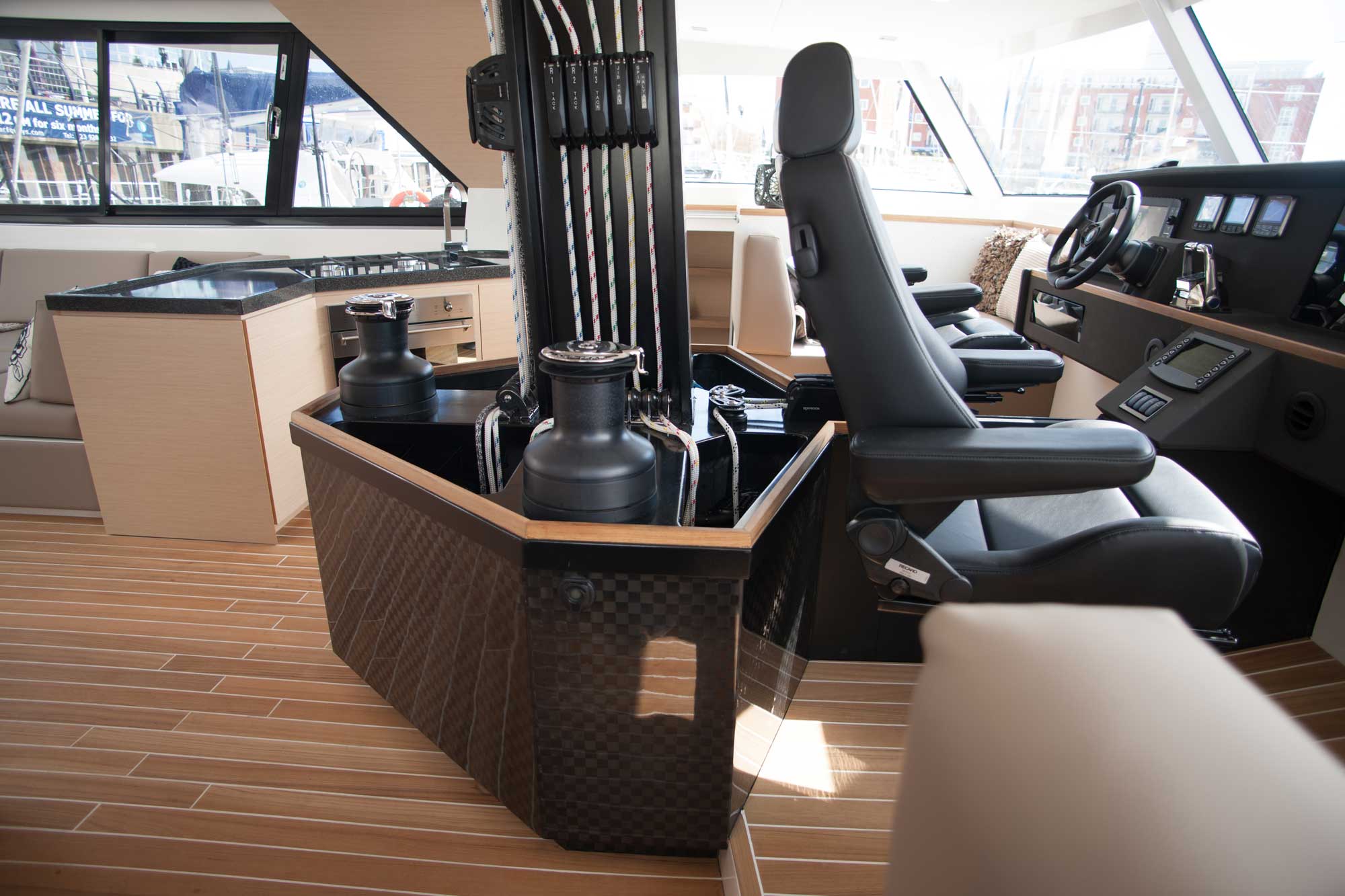 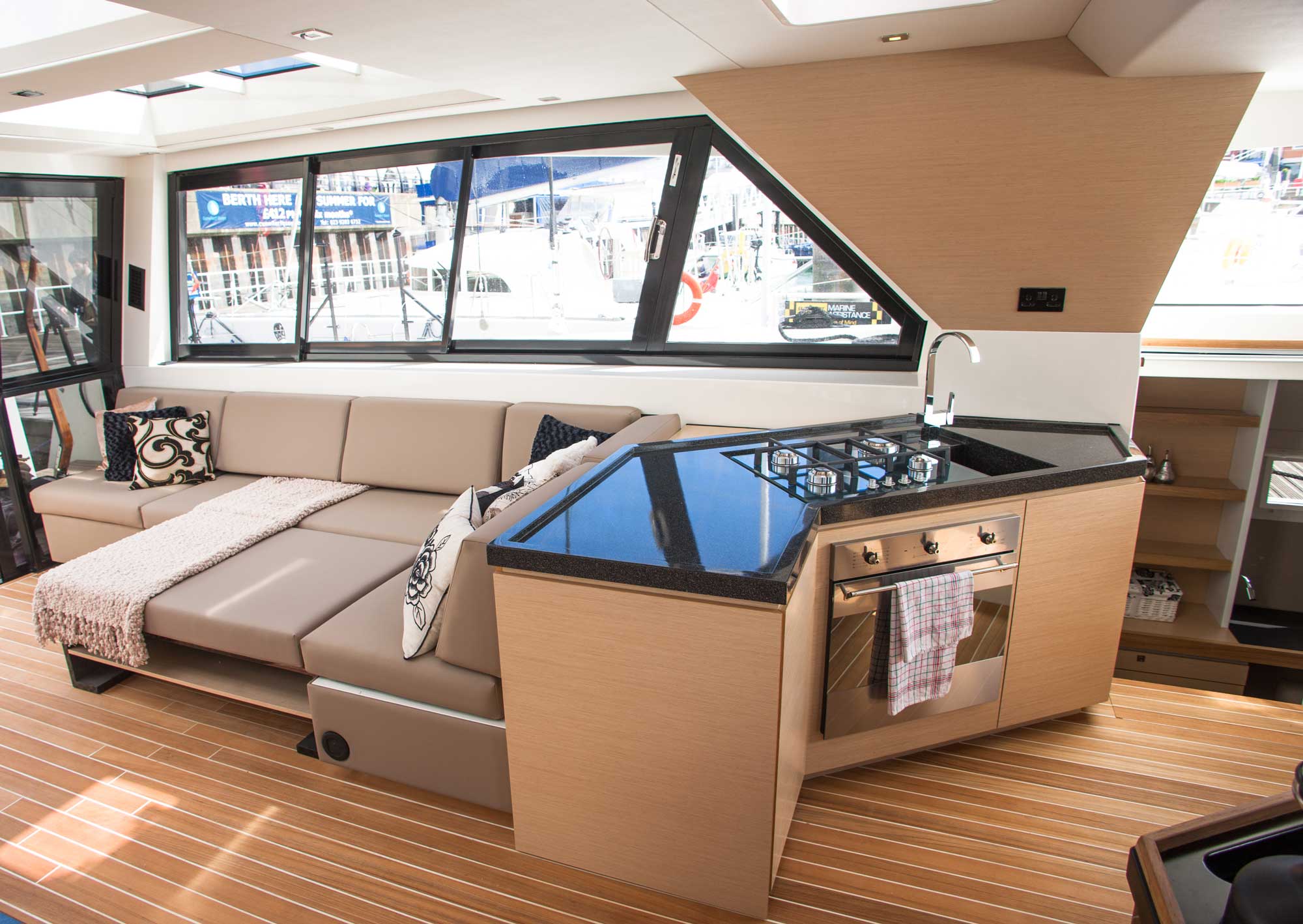 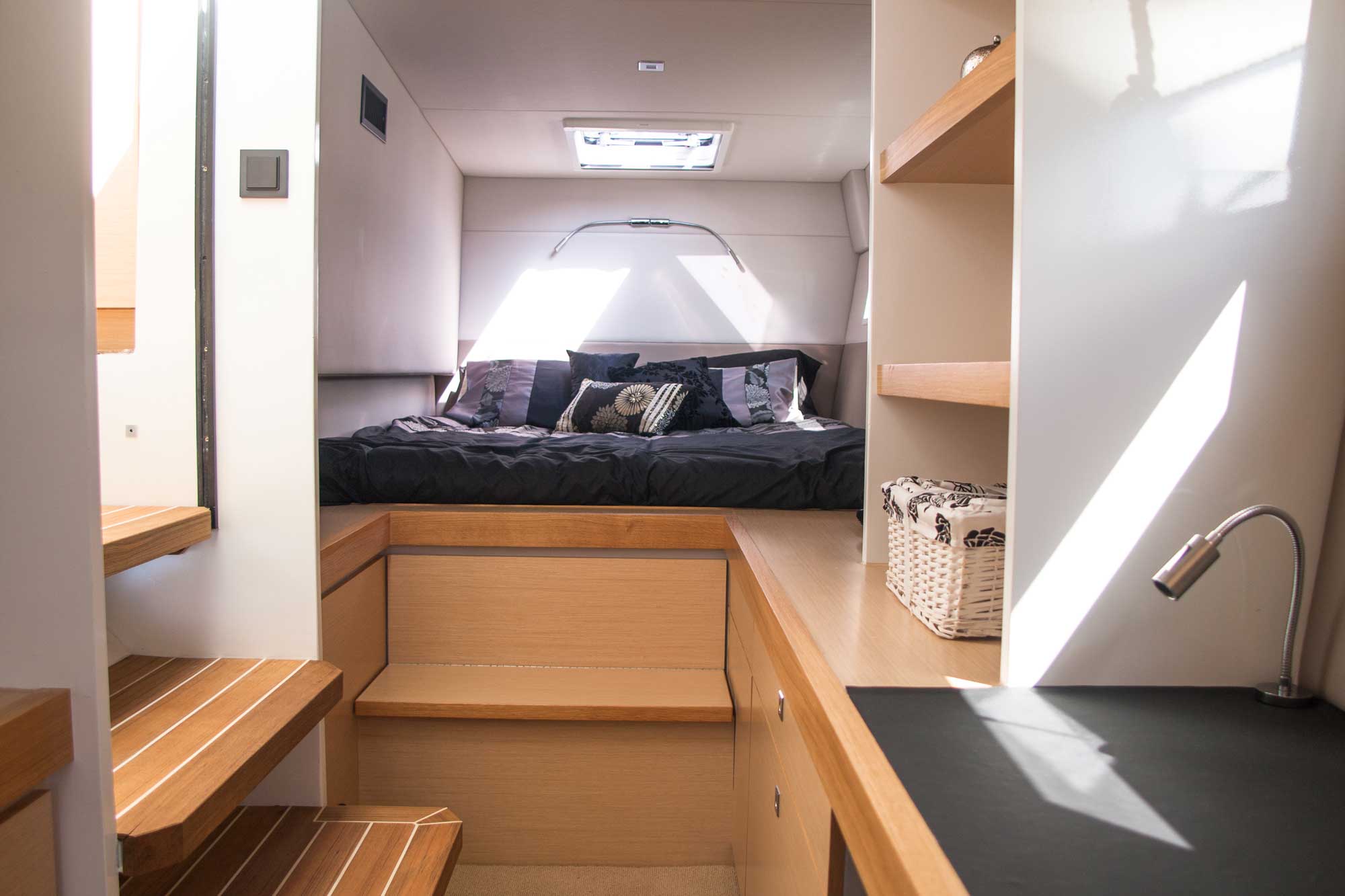 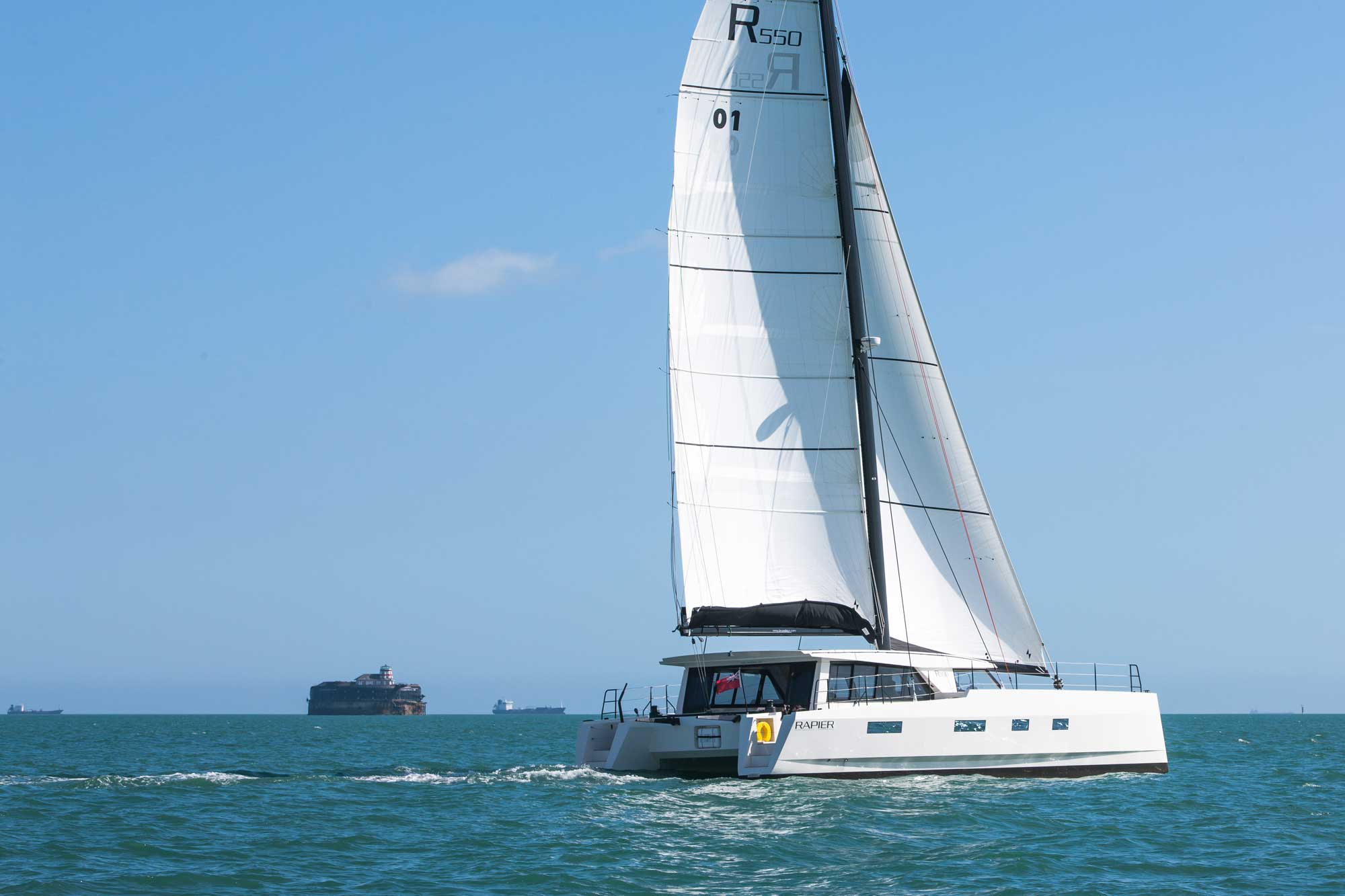 The Future of Performance Cruising 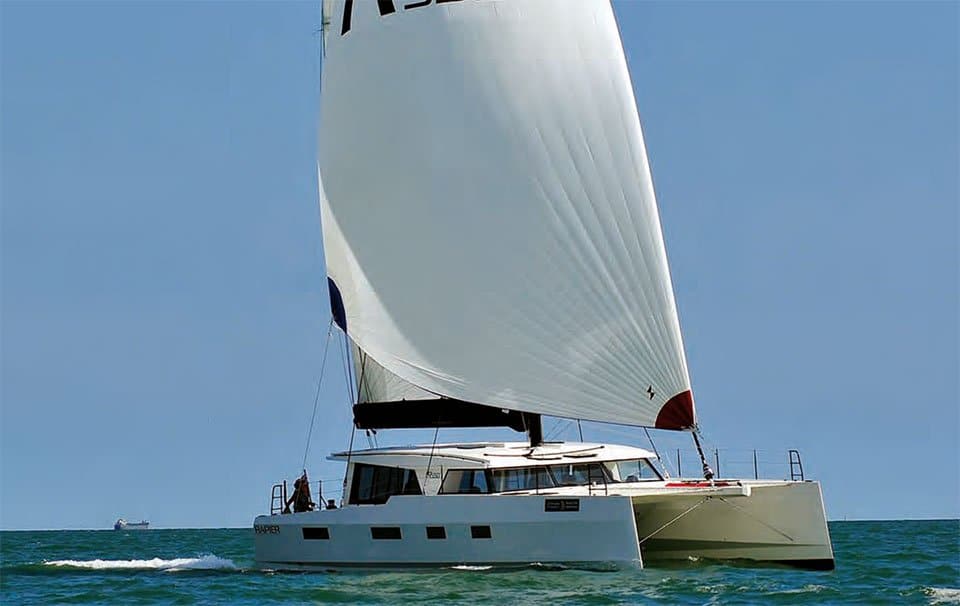 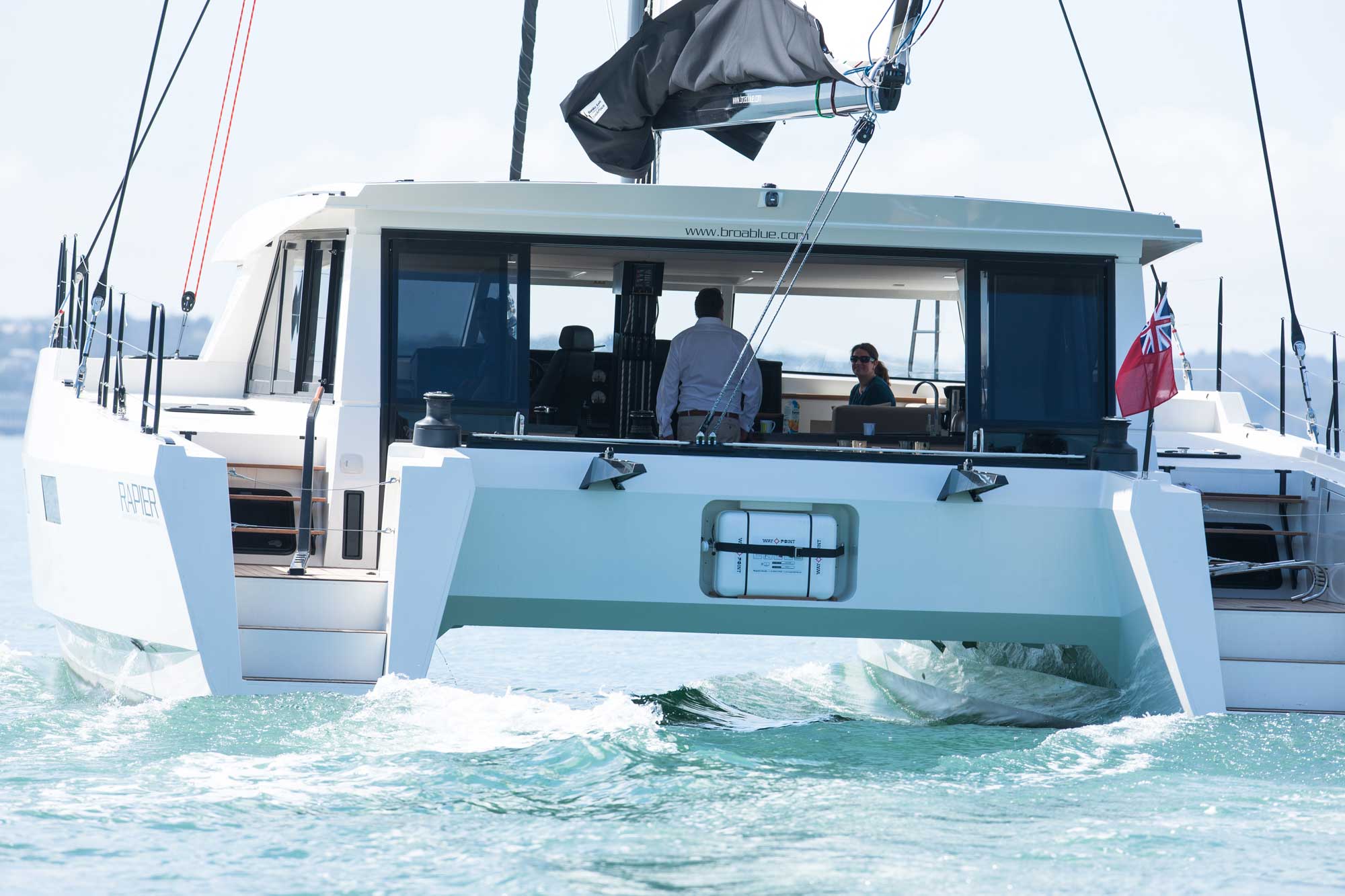 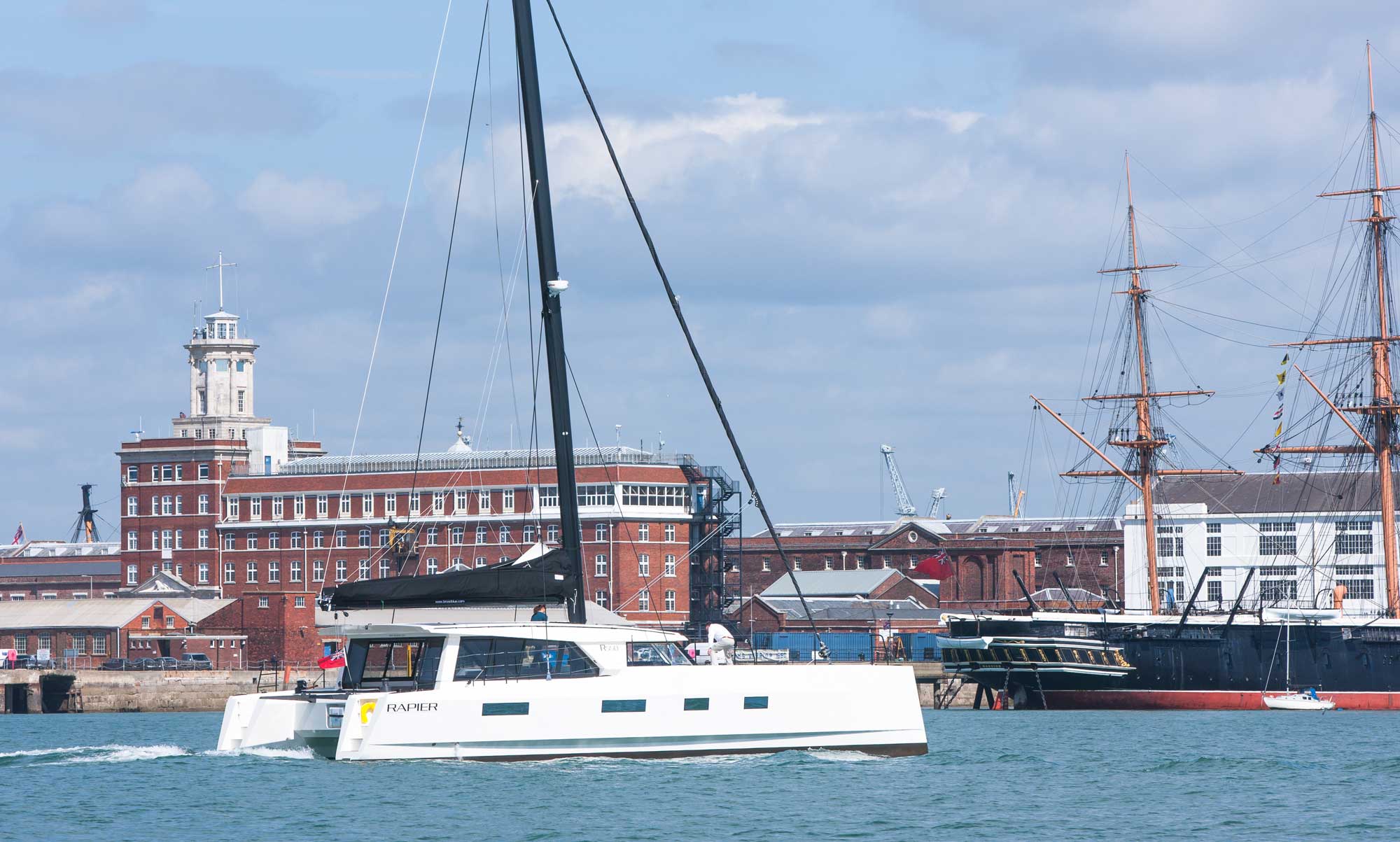 So far, BroadBlue became known for the production of solid cruising-catamarans with excellent interior woodwork but limited sailing performance.

With the new RAPIER performance range, this is changing fundamentally. Darren Newton drew the RAPIER 550. 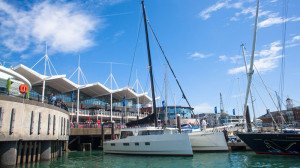 Just launched, the RAPIER 550 N°1 entered the first international Regatta, the “Round the Iceland race” and finished as first ship of its class with Skipper and Designer Darren Newton at the helm. The European Yachting journalist nominated the RAPIER 550 catamaran as European Yacht of the Year 2015. 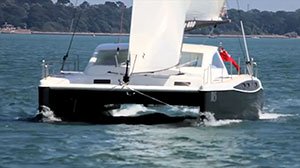 The RAPIER 400 has been designed as a safe family cruiser with all the speed and excitement of a pure-bred racer. Ultra modern lightweight composite construction with a high performance rig gives the sailing excitement we all crave. The Rapier 400’s sea keeping capabilities and trademark Broadblue single saloon and cockpit configuration make it a great space for all the family.

of trustful cooperation cat sale has taken over the distribution of this new BroadBlue / RASPIER range directly after the first sailing tests in April 2014.

Do you have qouestions or would like more information about RAPIER ?